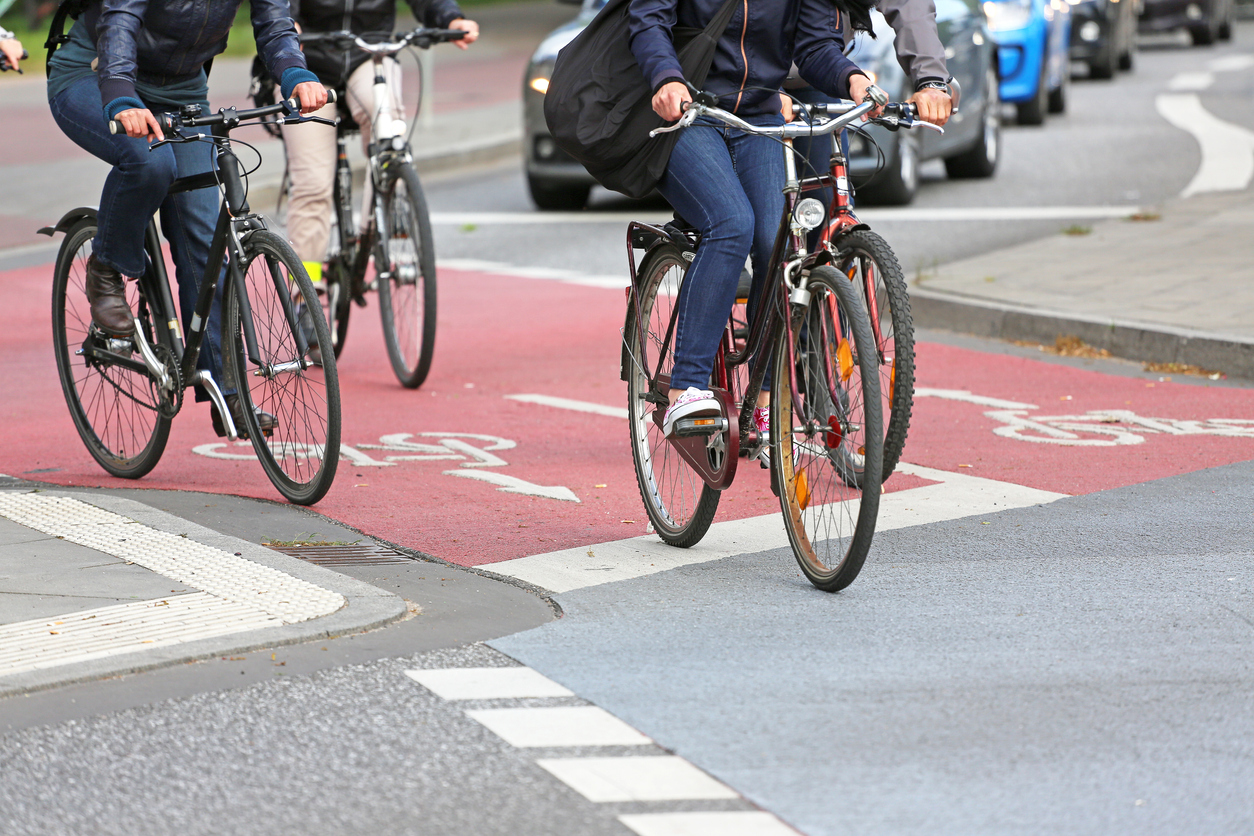 Bicycling has many important social, economic, environmental, and health benefits. And because of California’s year-round warm weather, the state has one of the largest rider populations across the country.

But bicycle accidents have, unfortunately, become a more frequent occurrence in recent years. A 2020 article by the U.S. News and World Report found that bike fatalities reached a 25-year high in California last year and the nation as a whole saw a rise in bicycle-related deaths.

Below, we discuss some bicycle laws in California, common causes of bicycle crashes, and how to prove liability and seek compensation after a bicycle accident.

Bicycle crashes on public roads vary greatly and often include many different factors at play. Crashes between bicyclists and vehicles, however, is the most common scenario for these incidents. Crash data from the National Highway Traffic Safety Administration shows that 96% of bicycle riders killed in 2017 were involved in single-vehicular crashes.

Specifically, the most common causes of bicycle accidents include:

This is one of the leading causes of all vehicular accidents, including those involving bicycles. Distracted driving is considered anything that takes a driver’s:

When drivers fail to remain vigilant and pay attention to their surroundings, they are significantly more likely to miss critical and changing road conditions that require them to take action to avoid dangerous collisions.

When drivers speed, they have less stopping ability and a limited amount of time to make decisions and maneuver on the road. As a result, they may be unable to brake in time when they spot a rider. This is especially true when drivers simultaneously tailgate riders by failing to leave an adequate buffer.

Aggressive driving, or road rage, occurs when a driver purposefully engages in dangerous or otherwise reckless actions, therefore endangering everyone else on the road. When the cyclist is the target of an aggressive driver, it can quickly turn into a dangerous situation—or even a deadly one. Some examples of aggressive driving include:

Drivers who get behind the wheel after drinking alcohol or taking illegal substances pose a danger to themselves and everyone else on the road. These substances reduce a driver’s ability to make smart decisions behind the wheel, see the road, control their hands and feet, and stay vigilant. Bicycle riders lack physical protection around their bodies and are often the most vulnerable when it comes to impaired drivers.

Drivers who are weaving through lanes often fail to see cyclists who are sharing the road and may drift outside of designated traffic lanes or into bike lanes and shoulders. Additionally, drivers who fail to use their mirrors and signal for an intended lane change pose a risk to bicyclists who are trying to stay safe.

In some cases, it is not another driver that causes a rider to crash but an external factor. Hazardous road conditions are a common cause of bicycle accidents and can ultimately cause a rider to lose control of their bike and either fall off or veer into oncoming traffic. Some examples of road conditions that pose a risk for bicycle riders include:

Defects within the bike itself can pose a danger to riders that may not be discovered until it’s too late. Oftentimes, this involves a product liability claim against the bike manufacturer and may include one of the following:

Many people in Fresno use bicycles to commute to work or visit restaurants, stores, and other entertainment or government services. As such, the state of California and the city of Fresno have taken steps and implemented laws to help riders stay safe while on their bikes.

For the most part, riders have the same rights and responsibilities as drivers. Below are specific laws that relate to cycling, according to the California Vehicle Code:

Where You Can Ride:

Proving Liability in a Bicycle Accident

Navigating a bicycle accident claim is no easy task. On top of trying to heal from your injuries, you may also be worried about how to prove who was at fault for your collision so you can pursue the compensation needed to pay for your out-of-pocket expenses.

This is where an experienced bicycle accident attorney comes in. Your attorney will be able to review the exact details of your case and determine 1.) what caused your accident and 2.) who is liable for your damages. Here is a list of potential parties that are often found responsible in a bike-related crash:

Advocating on Behalf of Injured Bicyclists

If you have been injured in a bicycle accident, turn to Fowler Helsel Vogt for both legal representation and dedicated advocacy in your corner. Having worked with injury victims for decades, we have seen how injuries sustained in bicycle collisions can completely turn someone’s world upside down. We also understand just how much your recovery is contingent on obtaining the maximum compensation you deserve.

When you’re injured and you don’t know what to do next, we do. You can consider Fowler Helsel Vogt your safety net when it comes to pursuing the compensation you need to heal the right way.

Contact our Fresno bicycle accident attorneys at (559) 900-1280 to speak with our legal team for free today!