December 11, 2018
Fowler | Helsel | Vogt represented this baseball bat case a couple years ago. The Fifth District Court of Appeal reversed the defense verdict and ordered a new trial.
Click here to read the full article in The Fresno Bee: Verdict in baseball-bat-in-the-face case thrown out due to judge’s error.

December 9, 2018
Fowler | Helsel | Vogt are representing the student who's teacher forcibly cut his hair while singing the national anthem at a California high school.
Click here to watch the full video: Teacher charged with cutting student's hair in class

January 29, 2015
Fowler | Helsel | Vogt is selected as Fresno County Verdict of the Month for the fourth time with $2,000,000 settlement.
Click here to read the full article: Trials Digest's Case of the Month

October 21, 2015
Jason Helsel begins trial Monday, October 26 in Fresno County Superior Court. Jason Helsel and Fowler | Helsel | Vogt are proud to stand up for accident victims, fight for their rights, and stand up to insurance companies.

August 7, 2015
FHV files suit against the Fresno Unified School District
A special-education teacher strikes a deaf 13 year-old student in the face with a binder. FHV is seeking damages for negligence, assault, battery and intentional infliction of emotional distress.

June 22, 2015
Jason Helsel began trial today in L.A. County Superior Court Case No. GC050829. FHV is proud to stand up to protect nursing home residents across the State of California who could be affected by this decision.

June 8, 2015
Judge orders new trial in 2010 California bus crash that killed 6 people. Find out more by clicking on the link below.
"There is no question the (bus) driver was confronted with an unexpected object in the roadway."

June 6, 2015
Greyhound bus crash trial verdict tossed out, new trial possible. Click on the link below to watch the video and read the article.
"The judge on the case says the jury got it wrong, and the bus company was negligent. "

March 23, 2015
Lawyers trade accusations in Greyhound crash trial. Click the link below to read more.
"Helsel and Chandler told the jury that Greyhound should be held liable for damages"

March 19, 2015
Testimony wraps up in Greyhound trial. Click on the link below and find out more.
"Krider of the CHP testified that Jewett did not have enough time to avoid the collision"

March 18, 2015
Drivers stopped on Highway 99, but didn’t aid SUV occupants. View the link below to read the full article.
"They left the crash scene without rendering aid to the three young women trapped inside"

March 5, 2015
Families talk of pain in aftermath of fatal Greyhound bus crash. Read the link below to find out more.
“Everything stopped not just for me, but for everyone who knew my daughter”

March 4, 2015
Greyhound bus trial to hear from relatives of young women killed in crash. Click the link below.
Relatives of the three victims are expected to testify

March 3, 2015
Expert criticizes CHP investigation of fatal Greyhound crash. View the link below to read more.
He said there was no solid evidence to support Krider’s conclusion

February 27, 2015
CHP official defends his account of deadly Greyhound bus crash. Click on the link below to read the article
California Highway Patrol lieutenant fired back at his critics

January 12, 2015
Bombshell contradictions to Greyhound bus crash investigation, including new video. Click on the link below to read the article and view the video from ABC channel 30 news.
http://abc30.com/472487/

Greyhound Bus Wreck Trial Starts January 12
January 12, 2015
The trial involving the Greyhound bus wreck of July 22, 2010 was continued at the request of defense counsel to February 9, 2015 in Department 502 of the Fresno County Superior Court. Jury selection will commence on February 10, 2015. Attached is a two-page summary of what Fowler | Helsel | Vogt expects the evidence will be at trial. Fowler | Helsel | Vogt represents the family of Sylvia Garay. The lead trial lawyer is Jason Helsel, who can be reached at jason@fhvlaw.com 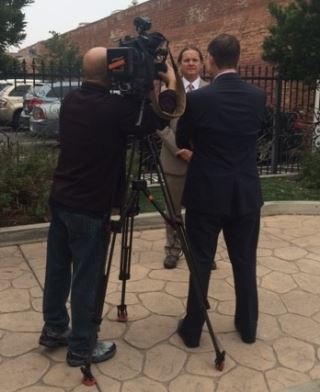